As most people would already be aware, the coy anti-vaccine President of the anti-vaccination organisation the Australian Vaccination Network has stepped down. The squeaky toy has been passed to another for an indeterminate period. In announcing the new President, Meryl Dorey claimed that this is a “win-win”.

Still no plans to publish a magazine, for which hundreds of thousands of dollars have been accrued?

It was good of Dorey to finally inform her loyal supporters, the news having already been broken in Australian Doctor, and previously on National television the night before. Still deceptively eschewing the AVN’s accurate “anti-vaccine” tag, Dorey whined about the Australian Doctor article, which she published to her flock before her news release:

In a press release issued yesterday, Dorey introduced us to the new President of the AVN, Greg Beattie:

Greg Beattie, long-time vaccine researcher and author of two books, the latest of which guides readers through an in-depth analysis of the benefits of vaccination with a focus on Australia

Yes. Beattie has written two books. Anyone who knows Beattie also knows that he does not concern himself with the “benefits of vaccination”. Beattie’s main focus is the vaccines didn’t save us gambit, and he goes to any and all lengths to deliberately mangle statistics, deceitfully measuring disease mortality as the benchmark for proving that morbidity has not been affected by immunisation. It’s one of the oldest anti-vaccine tricks in the book, and it’s Beattie’s trump card. That, and spruiking another canard that diseases such as Polio have simply been renamed in the global conspiracy to hide the fact that vaccines don’t work. No, I’m serious. For some great reading about Beattie, I urge you to check out these posts:

Busting Greg Beattie or Two heads are sillier than one

How not to use maths to support your assertions

and this excellent rundown of an AVN seminar, by Jane Hansen, who notes:

Yes, this is how Beattie discusses the “benefits of vaccination”. Sometimes there are people who do society a greater disservice by spreading their knowledge, than those who would have the decency to shut the hell up; as the latter know they do not have the lack of character to preach on things of which they know little. Making shit up is okay for works of fiction. Not so much for matters of public health.

Further on in the AVN press release we hear:

Mr Beattie is the father of 7 children and first rose to prominence during his appeal against the Maroochy Shire Council whose discriminatory policy excluded his healthy unvaccinated children from council-run childcare centres.

So we now know that the ability to ejaculate sets one up as an infectious disease advocate. But I’m guessing there must be more to it than this, as I’m pretty sure ejaculation does not grant tenure, or even letters after one’s name. The second bit is more interesting. I think I’ve heard about this Maroochy Shire Council thing before, and I’m overjoyed that Dorey/Beattie/the AVN have included this in Beattie’s introduction to the press.

In 1992, Beattie did indeed take Maroochy Shire Council to the Human Rights and Equal Opportunity Commission. Beattie considered that his unvaccinated children were being discriminated against, by the local childcare centre, who had every right to exclude his children. The case established many things, but, the most prominent were: 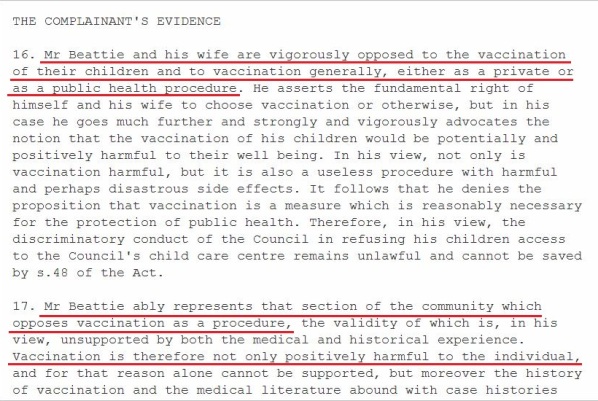 Have you ever done something, and wished you never did it, because it came back to bite you on the bum?

I don’t really care about the reasons for Dorey stepping down. It would have happened eventually. There will be speculation as to whether or not she is attempting to deflect any unwanted government attention from herself. This is all pointless anyway, as Dorey is still accountable for everything which was done on her watch. It would appear that Dorey is still the Public Officer, so the change in Presidency is probably just a burden sharing arrangement. After all, there is so much hypocrisy and misinforming to conduct, I’m surprised Dorey has ever managed to put on her pants the right way around.

This is more likely a public relations move. Dorey’s name is mud, and she knows it. I think the Media Watch affair was the final nail. I am reliably informed that every journalist watches Media Watch; so, given the shellacking received by Dorey, coupled with the incessant vitriol directed at journalists with whom she disagrees, her number was probably up anyway. As Grumpy Cat says: GOOD.

The really good thing about Beattie’s new Presidency is that Beattie is now as accountable to any and all government acronyms as Dorey, and her courageous anonymous admins, ever were. So, every time he says something on the AVN page, we can take that as the words of the President of the Australian Vaccination Network.

So, welcome to the new, overtly anti-vaccine President of the AVN. Are you still going to whine when people call you “anti-vaccine”? 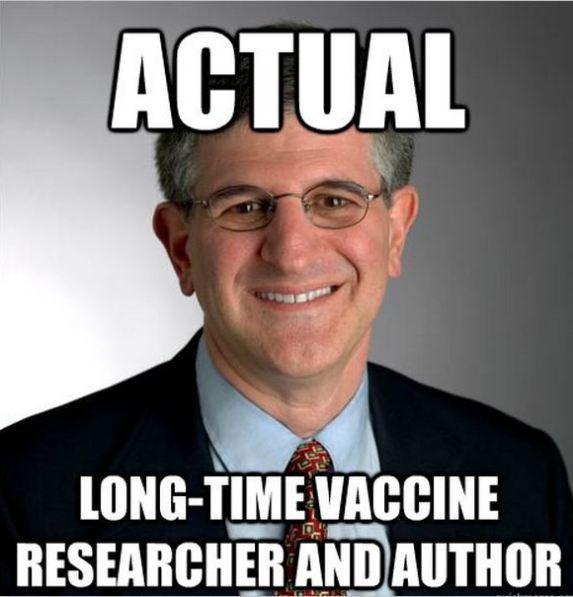