Posted on October 9, 2013 by reasonable hank

The nursing and midwifery ranks are the last places the public would expect to find an anti-vaccinationist spreading the grubby word. But, we know this is not the case.

Previously I have written about two anti-vaccine nurses, one of whom is a midwife. Registered nurse Kerry Baker was disciplined for her online activities, using her qualifications as a basis to spread, well, lies about immunisation. Joanne Howard is a midwife in Victoria who is also a strong supporter of the callous anti-vaccination pressure group, the Australian Vaccination Network. It isn’t uncommon. In my earlier post I noted:

Of note, in the membership survey recently conducted by the anti-vaccination pressure group, the Australian Vaccination Network, it was found that 9% of the 445 respondents were nurses. I’m serious. Find another job, people.

When we add that to the fact that the Australian College of Midwives were busted deferring to the AVN, in one of their primary textbooks, then, we certainly have a problem. From Jane Hansen, in the Sunday Telegraph:

A CORE nursing textbook used in NSW universities directs midwifery students to the controversial anti-vaccination website, the AVN, as a legitimate source of information.

Chapter 33 of the book Midwifery: Preparation For Practice, deals with the midwife’s role when parents are discussing vaccination.

Students are then directed to the AVN as a “non-government” source of alternative information.

“One non-governmental source is the Australian Vaccination Network (avn.org.au), which provides advice for New Zealand and Australia,” the text says.

So it comes as no surprise, however infuriating, to find that yet another registered nurse/midwife has commented on the Facebook page of the AVN, on a despicable post in which Meryl Dorey advises parents against the Hepatitis B vaccine. Dorey states: “Hep B at birth makes no sense at all. Only risks – no benefits. MD”. Where’s the HCCC up to on that one?

RN/Midwife Kelley Norton added this comment, inferring that the Hepatitis B vaccine is harmful and unnecessary; that this is somehow covered up by the government; adding that she refers patients to seek out the AVN in the first instance:

“I work in a Qld a public hospital & am obliged to offer it to parents for their babies. MOST people say they’ll have whatever is recommended for their baby- thinking that our government wouldn’t recommend something harmful or unnecessary! Little do they realise!!! I always suggest they look at AVN first but most just choose to have their baby vaccinated anyway coz “doesn’t everybody”? Scary!!”

The comment has since been deleted. Too little; too late:

If you consider Norton’s behaviour to be unethical, and contrary to the conduct expected from someone who works in one of our hospitals; using best evidence-based practise; who is trusted to work in close proximity to brand new babies, and their brand new parents; then, you can make a complaint to AHPRA.

You can take your pick from the Code of Conduct. This behaviour needs to cease. 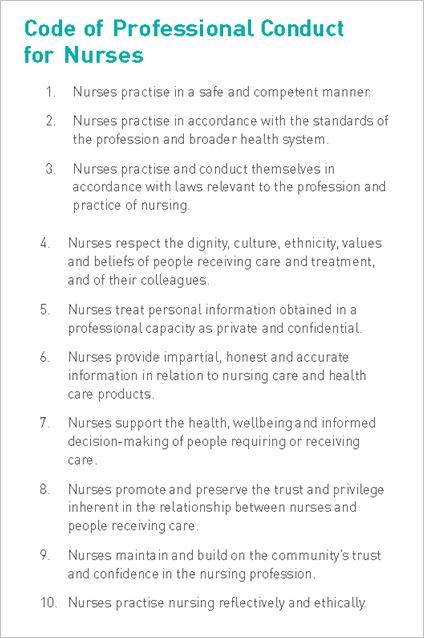