Chiropractic may help with your "talking sickness" says Donald McDowell

McDowell just blew my mind. He must be trolling, I thought. This just can’t be, given the repeated warnings from many different chiropractic quarters, including the Chiropractic Board of Australia, and the President of the CAA National, regarding the use of claims which are unable to be substantiated.

This is a short list but shows the increasing data for good outcomes.

I’ll just include the final one. You can read the rest for yourself. Do have a look. Especially if you have testicles, hearing loss, or ADHD: 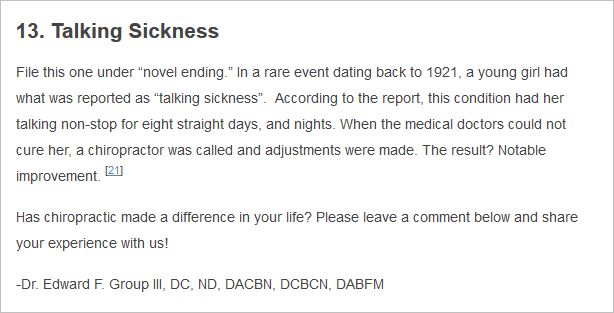 I’d say this one was cured by the chiropractor, in 1921, who wore an onion on his belt, which was the style at the time.

The Chiropractic Board of Australia is complicit in this. It is clear that including chiropractic in the regulatory process has failed. It is also clear that allowing the use of the courtesy title “Dr” to these people, in return for getting them under the regulatory umbrella of AHPRA, is a dismal failure.

Chiropractors could drop their pants and moon the community and it wouldn’t be any more offensive and ridiculous than the current situation.

“This is a short list but shows the increasing data for good outcomes”.

Of course, even if you haven’t got testicles, he’ll do your buns: 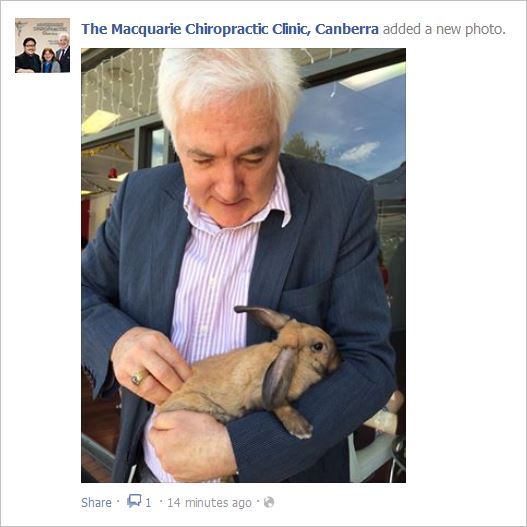 This is not a photoshop. He is doing a rabbit.