Stay tuned folks. Reasonable Wank is getting his own blog post

I hope they run it past their solicitor, for accuracy.

Given that this post is from the same person who, at 0920 hrs this morning, rang a doctor to continue making libellous accusations, which are demonstrably untrue, which are also made on a public page, all screenshotted for further official use: I can’t wait.

I hope it’s better than this one, which was written to achieve something.

I feel a little bad for her; but, here is the updated WP masterpiece outling how Liz is in the early to middle stages of bringing Stop the AVN to its knees (thanks J.B.).

Here is the original Blogspot post, now hidden. I put the copy up on Scribd.

I sincerely hope she gets the help she needs.

Final update: the day after.

Unfortunately, poor Liz has gone off on one (adding updated evidence to her post). Anyway, as she is clearly deranged, and has accused many people of lying – without foundation – including accusing me of making up fake Facebook Personal Messages in a deceitful attempt to imply she is arseclown, batshit nasty; and that she is rage-fuelled and nuttier than a squirrel turd (thanks: you know who you are ♥ ), I post my final response below. Get some help, Liz; before you end up in the dock.

I really mean it. NAOW is the time to seek help

And the time to seek help is NAOW 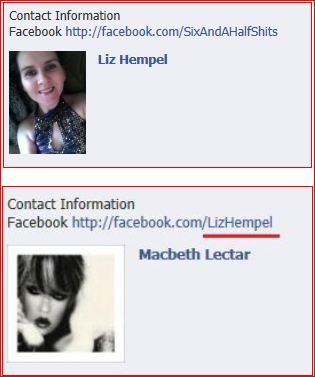 In immediate reply to this update, Liz Hempel posts the following on her blog

And, a couple of hours later:

And I thought I was the amateur

0 Responses to Reasonable Wank is getting his own post.