Meryl Dorey today sent out a press release and a blog post containing accusations that Public Health officials aren’t taking her seriously, and that they are therefore disrespecting Dorey, the AVN and, get this, parents.

In a stunning bout of hypocrisy she invited Paul Corben to attend her Lismore seminar. When Mr Corben declined (and a tantalisingly blunt refusal it was), Dorey went all Meryl on us and bleated to the gallery that he was being disrespectful. Gee. I wonder why Mr Corben will have nought to do with Dorey’s money grabbing stunts?

Here is a good reason. In July 2010, Dorey wrote this execrably callous and dishonest post, defending her behaviour: the behaviour which started Stop the AVN. In the post she accused Mr Corben of harassing the McCaffery Family. You read that right: 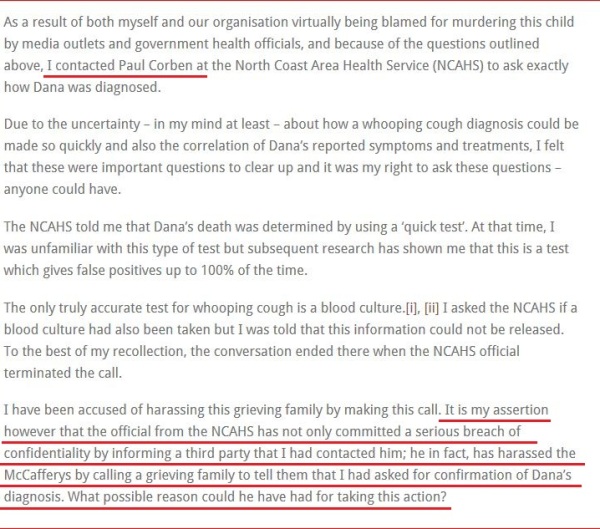 This is false. We met with Paul Corben, Dr Kerry Chant and Chris Crawford on 8 May 2009. We showed them the letters and emails we had received, including the AVN brochure. We expressed our concern at the harassment and fears that people were trying to spin the facts on Dana’s death.

We asked a direct question of Mr Corben, and he confirmed that Mrs Dorey had contacted him on 12 March 2009. He then provided a written email to us on 19 May 2009. I had googled Dana’s name one night, and found the discussion on Yahoo where Mrs Dorey and AVN members were discussing Dana’s death. I emailed him in disbelief and he confirmed the phone call in response.

What would Dr Brian Martin make of Dorey’s attempts to contact Mr Corben, given she has so horribly portrayed him as someone who would harass a grieving family? Surely, Martin would advise Dorey that she has so destroyed any chance of the whiff of conversation with Mr Corben, that it would be hypocritical – grubby, even – of her to attempt any engagement, right? Because that’s the defence he provides for Dorey, for her refusal to answer questions from Stop the AVN.

Anyway, here is Mr Corben’s written communication in response to Dorey’s barrage of arrogant phone calls, and letter, in which she demanded stuff, and stuff: 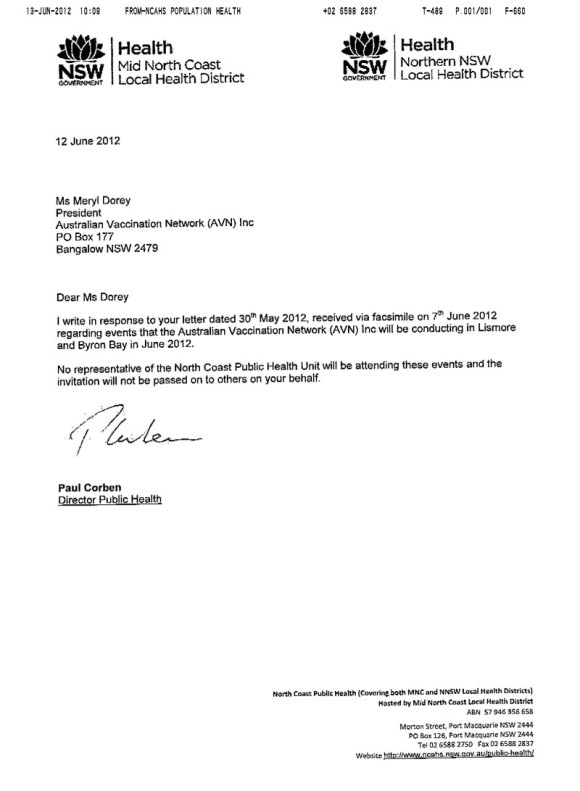 [letter provided by Meryl Dorey: used under Fair Use for the purposes of criticism, and lols]