The Chiropractors’ Association of Australia is currently winding up its 2015 Annual Conference. The CAA has been very busy in the evidence-PR-mobile in an attempt to stop the likely haemorrhage of members to the new, more evidence-based representative association, Chiropractic Australia. The recent #CAAGotYourBack hashtag was a spectacular failure, for very well publicised reasons. So, there’s a new bunch of hashtags in town:

This CAA tweet from two days ago augurs to better days for the CAA and its long-suffering membership: 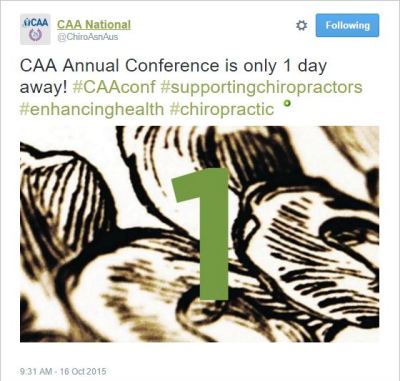 Then, later that same night, this happened: 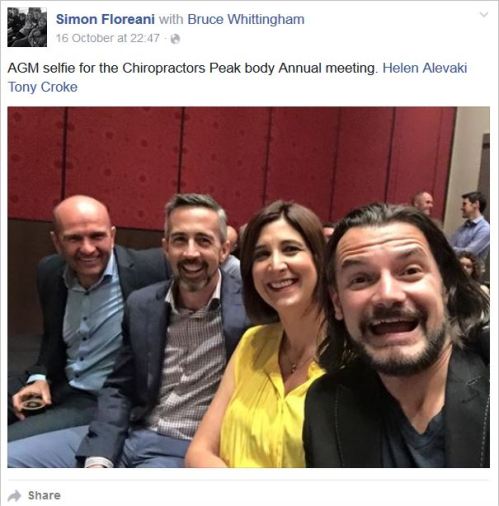 And this AGM selfie was popular, with many CAA board members among the likers; as well as feted chiropractic researchers. These guys are heroes of Australian chiropractic; rock stars, if you will: 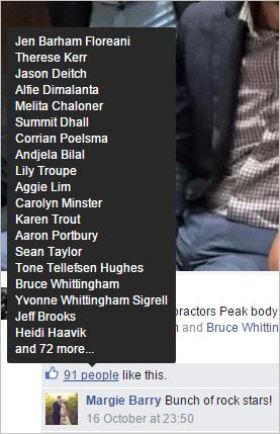 So, who are the rock stars of Australian chiropractic? From left to right:

Bruce Whittingham is the president of the Chiropractors’ Association of Australia Queensland. He runs a business called Surfers Paradise Chiropractic Centre with fellow CAAQ board member, the callously anti-vaccine Adam L Smith:

Whittingham is probably most famous with readers for his delusional YouTube video – which he has deleted; luckily I kept a copy – of his treatment of a baby using surrogate applied kinesiology: AK  is applied to the parent in this parlour trick which claims to detect imaginary subluxations in the infant. No, really: 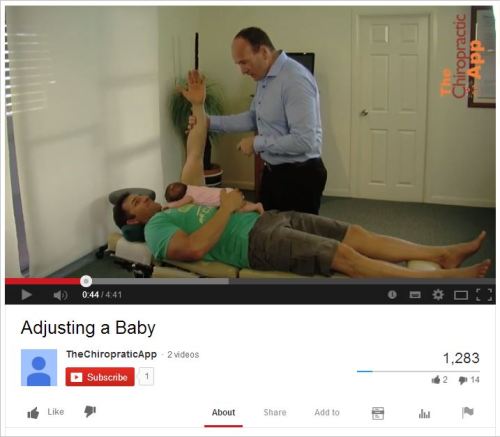 Whittingham is/was also a professional member of the thoroughly disreputable anti-vaccination organisation, the Australian Vaccination Network. Whittingham even does dogs. 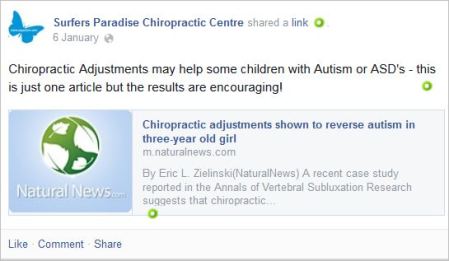 And, only this year, Whittingham was discussing subluxations at the official seminars of the Chiropractors’ Association of Australia New South Wales:

Tony Croke was a board member of the CAA National until he was dumped for his outspoken support of demented anti-vaccinationists like Billy DeMoss. Croke, who is/was a professional member of the AVN, runs a business called Liberty Chiropractic. He also featured in the original 2013 blog post regarding chiropractors who sneak into hospitals, liking many of the offending comments whilst still a CAA National board member: 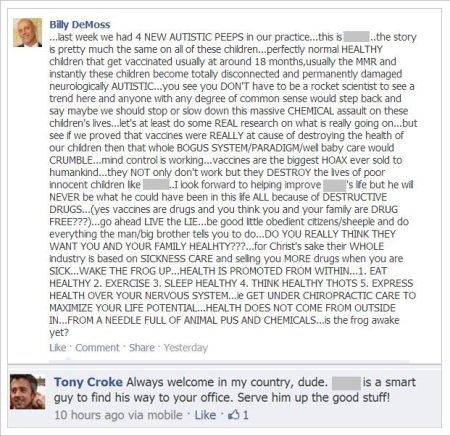 Helen Alevaki was the president of the Chiropractors’ Association of Australia Victoria before stepping down to take over as the president-elect of CAA National, in 2015. In 2013 Alevaki featured in this blog for bragging about sneaking into hospitals to check brand new babies. Two years later Alevaki was forced to resign as the president-elect of CAA National after being sanctioned by the Chiropractic Board of Australia for her unprofessionalism. Alevaki owns a business called chiropractic4wellness:

Simon Floreani is a star of this blog. He regularly has his photo taken with anti-vaccinationists like Billy DeMoss and Andrew Wakefield – along with his wife, Jennifer Barham-Floreani – and is/was a professional member – with his wife – of the AVN. Floreani trades at his business called Vitality, which in turn was the subject of cautions for all four practising chiropractors for having anti-vaccination literature in their showroom. Floreani was the president of the CAA National until 2011, and he was also the recipient of an outstanding service award from the CAAVIC in 2013. This guy is a real rock star. He’s the full spizzerinctum (yes, this is a real word used by chiropractors). Only last weekend he and JBF appeared on the same EPIC bill as The Big Red Flag of  Orange County. Astonishing stuff: 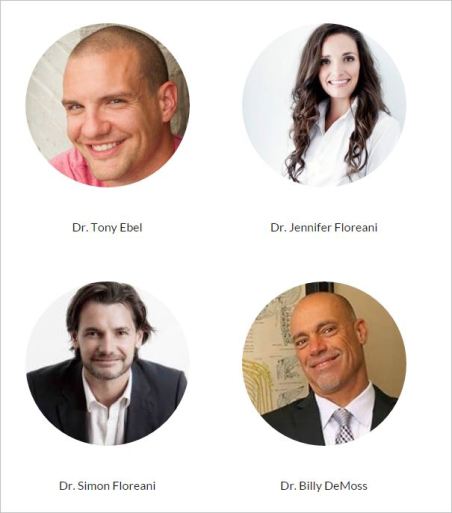 That underlying infection is starting to weep again.

Having a quick perusal of the CAA Annual Conference speakers – among the many whom I shall leave to more qualified others to address their individual substance – are some notable persons of interest:

Damian Kristof: anti-vaccine wellness evangelical who is/was a professional member of the AVN.

Wayne Todd: is/was a professional member of the AVN.

Angela Todd: is/was a professional member of the AVN.

Braden Keil: is/was a professional member of the AVN. 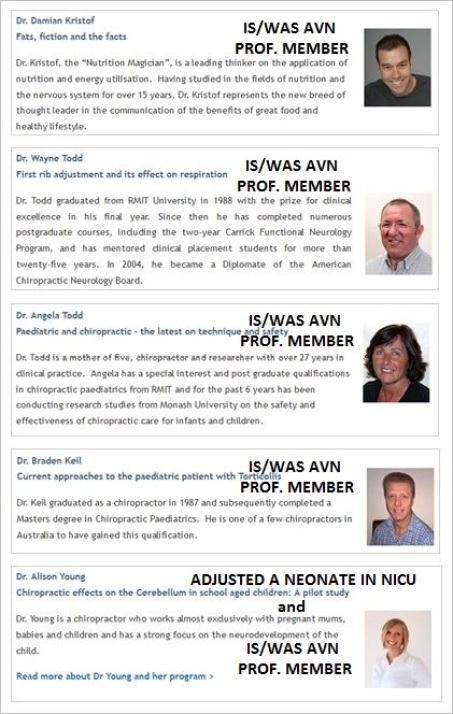 Indeed, Angela Todd is made even more notable for having just been awarded the CAA Chiropractor of the Year! REALLY!

It is now becoming clear to me why the CAA deleted my congratulatory comment, on their Facebook page:

Hopefully Dr Dana Lawrence has some influence on the still appreciable contingent of anti-vaccinationists in the CAA (and on the CAA Boards, National and State; not to mention the CAA official affiliate, the Australian Spinal  Research Foundation).

Kudos Dana Lawrence! Welcome Down Under!

I should add, the anti-vaccination infected Australian Spinal  Research Foundation is an official sponsor of the CAA Annual Conference.